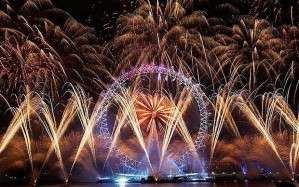 It’s not my usual MO to write a retrospective of the year, or to make resolutions, but 2014 has been pretty remarkable in many respects, so I thought WHAT THE HELL! Here is a collection of highlights, happenings, musings, and people who have made the past year a memorable one for me. And a few promises to myself for the coming year.

I published a novel! 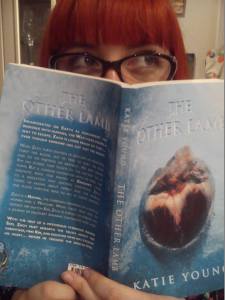 2014 will always hold a special place in my heart as it marked the release of my debut novel, The Other Lamb. It’s going to be a long time before I can quit my day job, but I did it. Someone believed in my story enough to lavish loving editorial attention on it, commission a beautiful cover, format it, and put it out in the world. People even bought it. That’s pretty fucking cool.

It also gave me the opportunity to have launch parties, and to celebrate with my nearest and dearest.  What an incredible feeling. There are so many who have given me their time, their advice, their support, and their love this year, and I am so very grateful. To everyone who has taken the time to read any of my work, to leave a review, to cry or smile to yourself, to roll your eyes, even just to listen to me bang on how there aren’t enough hours in a day and how I’m losing my mind over tricksy plot holes of my own digging, THANK YOU. There aren’t adequate words so you’ll have to trust me when I say I am the luckiest girl on earth. I know it.

Now to do it all over again…

I also started writing reviews and opinion pieces, slowly developing a modicum of self-discipline. Having deadlines and being accountable to someone else works for me. And this brings me on to…

I took control of my fitness.

I love food. Potatoes, pasta, bread, crisps. You can all get in my face. I love wine and beer and gin and bourbon and rum…you get the slightly blurry picture.

I used to love smoking. Still do, if I’m honest. Well, the associations I have with it at least. In my decadent heart, I equate cigarettes with youth, gigs, road trips, and staying up all night. Being immortal. Nothing in the known universe will ever convince me that I didn’t look super sexified toking on a More – like Marlene Dietrich or Rose McGowan in The Doom Generation. But I didn’t like the constant coughing and wheezing, and the nagging thought that I was going to end up on a ventilator, gasping for breath one day. So I did the adult thing and quit.

Do you know what I don’t like? Running. Generally if you see me running, you should probably run too because something’s on fire or rampaging.

But a desk job and that wily bastard, Old Father Time, have conspired to make me more Waynetta Slob than Marlene over the years. I have always gone to the gym (sporadically) but never pushed myself hard enough to negate my booze and cheese consumption. My weight has always fluctuated, and I always told myself I could do something about it if I really wanted to. After all, I know all the theory. No one is better versed in the calorific value of every edible thing than this girl.

So when I was approached by a personal trainer while doing some angry jogging on the treadmill a few months back, I had my excuses ready. But some unseen force took over and made me agree to attend a boxing boot camp. WHAT was I thinking? I guess, despite doing a great line in denial, it was time to admit I’m not in my twenties anymore, and I’m tired of having creaky knees and of being invisible. Because that’s what being fat is essentially. It’s a cloaking device. Enough was enough.

I’ve been training for three months now. I’m ten kilos lighter so far, and I’m learning to hula. I want the packaging to match what’s happening inside me, and basically that’s grinding and twirling a flaming hoop around my hips. Squats are the new smoking, kids! If I say it enough, one day I might even believe it. Who’s with me? Wooooh!

2014 was the Year of the Baby. Basically all of my closest friends have spawned miniature people. This is both scary and wonderful. It’s scary because I am selfish and immature, and I like things to stay the same. I catch myself thinking slightly megalomaniacal things like ‘A baby? What the fuck? Am I not entertaining enough for them anymore?’ I’m kidding, of course. Mostly.

It goes without saying that procreation is a hot topic amongst women my age. After all, the survival of our species depends on our innate desire to pass on our genes. I’m increasingly aware that the window of opportunity is narrowing, but still unable to feel any sort of panic about it. Having a family of your own is one of those things you always assume will just happen ‘one day’. Until it doesn’t.

But while I’m ambivalent about offspring of my own, knowing that all these fledgling people will be a huge part of my life, that I will love them more with each passing year, that I will watch them grow up with a hodgepodge of traits and foibles from their parents – my beloved friends – and their own unique twists, well, that’s pretty exciting. I just hope I can be the mad ‘aunty’ they all deserve.

And then there’s Jedward…

You may recall I wrote this article a couple months back, after having pop duo, Jedward, perform at a musical festival in the summer. I was in two minds about publishing it at the time, primarily because I didn’t want to make anyone who may have made a flippant comment to me feel bad (hey, I’m the Queen of Flip), and also because I didn’t want the boys themselves to be the target of any negative comments as a result of something I’d authored.

But I felt I had something valid to say about the insidious ‘guilty pleasures’ culture we are all party to at times, and how you can sometimes find inspiration in the most unlikely seeming places, so I posted it. The response I had both from my own friends and acquaintances, and from fans of the boys was 100% positive. That was surprising enough. But what I really didn’t see coming was John and Edward themselves. I had no idea just how pro-active they are in terms of communication and reaching out to people on social media. They are so involved with their fans. They spend countless hours and seemingly sleepless nights sending private messages to supporters, and they have phenomenal memories for faces, as I was to find out…

I was fortunate enough to meet the twins briefly last month, during the filming of a TV show they participated in. It takes a lot to leave me speechless, but I was so astonished and touched by how warm they were, I actually forgot how to word. They don’t know me from Adam, save for a few messages and an avatar on Twitter, but they immediately welcomed me, just a face in a crowd, with open arms (literally, and with the force of a small freight train in John’s case!)

Look, I could wax lyrical about how kind and sweet and pretty they are all day (and they really are), but it’s not just sentimentality at work here. As a burgeoning writer, I know how hard it is to do the whole self-promotion thing. For most of us, establishing a platform and winning a fan base is the hard part. John and Edward have a platform. They have industry contacts and loyal fans, and they have notoriety. But that’s a double-edged sword. Writing and performing are similar in many ways. You need a seed of raw talent, no question. But both crafts can only be fully realised with hard graft and practice. John and Edward Grimes are not afraid of graft or striking out alone, and they have the humility and drive to keep learning and improving and striving. They have lovely vocals these days, stage presence, and can write decent pop songs by anyone’s standards. It’s heartbreaking to think that they might not get the same chances as other artists because people have a preconceived idea of them based on their abilities at the age of seventeen. How fucked would we be as a species if we were all judged on our teenage selves? If we only had until the end of puberty to develop our personalities and skills? I’m pretty glad no one watches video evidence of me at the pub instead of attending college lectures when I go for job interviews now and says ‘Sorry, Ms. Young. It appears you were a bit of a slacker and a fuckwit at eighteen. Thanks, but no thanks.’

I really believe in these boys. They are wonderfully eccentric, funny, beautiful, and defiant. They’ve gone from being a source of fascination, an abstract idea, to being real people for me in the space of a few months, people I genuinely care about. They’re a glorious, glitter-filled, bubblegum dream floating in a spiky world, and I fucking love them. I want more of them in my life in 2015.

It’s inevitable, at the end of each year, that we look back on everything that’s happened to us, the good and the bad. There have been dark days. I’ve seen people I love suffering. For the first time in my rather charmed life, I held something I love as the last breath left its body. There’s been the usual frustrations and worries and the sense that the start of each New Year is coming around faster than the previous one, that time is speeding up and in short supply. I’ve worked hard. I’ve not slept enough. I’ve moved out of my comfort zone and into a new job to become The New Girl once more.

But overall, it’s been twelve months of growth, of new experiences, of saying yes, and of looking fear in the face and telling that bitch to back off. So to that end, here are a few goals I have set myself for the coming year.

Wherever you are, whoever you are, I wish you health, happiness and wonder in 2015. Party hard tonight my friends, and speak softly tomorrow. Eat, rest, and then let’s make some marks on a new page. 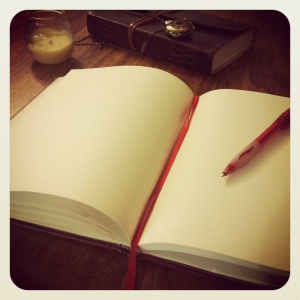