My Brain Hurts A Lot…

Wow. 2016. Who saw that one coming?? I mean, it’s normal to feel reflective and a little melancholic at the close of a calendar year, in that dark, quiet period when the world’s collective heartbeat seems to slow. But this Christmas, reminiscence is more bitter than sweet, and looking forward seems a Herculean trial. 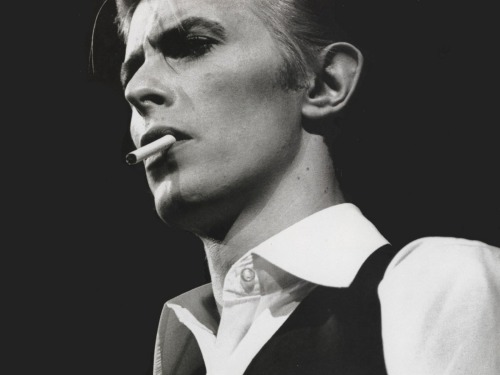 How did we get here? This year started with the death of David Bowie and went downhill from there, as absurd as that sounds. There have been many high profile deaths over the last twelve months. Celebrities and public figures taken early by cruel diseases and worse. Mass slaughter, not only in the war torn places of the world, but in cities across Europe and the US. The usual mixed bag of atrocities, both international and domestic, only more of them. It may seem strange to fixate on the death of one man in light of all that’s happened. But the thing about Bowie for someone like me who grew up with his music and films, is that he seemed kind of ethereal and impervious to mundane human things like ageing and illness. Obviously that is a totally irrational thing to think, but personally I never thought about Bowie’s mortality. I just had this vague sense that he’d always existed before I came into the world, and he would always be around. In a way, he is immortal. Someone who leaves a legacy like his never really dies. They simply become their songs, their words, the memories and consequences and influence of their deeds.

And the thing is, when the shit hits the fan, when unspeakable things happen, when humanity seems to be failing, and we’re poised on the brink of a new world order which is frankly so scary it makes a swift apocalypse by meteorite seem almost appealing, art is more important than ever. It’s our escape. It’s our soul balm. It’s our reminder that there is kindness and ingenuity and bravery and beauty out there. It enables us to connect with one another and inspires us to create and to stand up for the freedom to express ourselves.

It’s easy to dwell, at the end of a chapter, on the things we didn’t do, or perceive ourselves to have failed at. It’s especially hard when all the things that mean something to us on a personal level become trivial in the face of all the upheaval we’ve witnessed on a global scale. I’ve seen numerous writers and artists I admire gripped by a sense of inertia in the wake of the Brexit vote, the Orlando shootings, the US election, the horrific pictures coming out of Syria, and countless other events this year. It seems frivolous to waste words on fiction, to use our voices to do anything other than amplify those of people fearful of losing theirs. This deluge of loss  and violence and injustice, seeing mankind at its worst, paralyses the muse. It’s impossible to think past. Some days, it feels like an monumental effort just to get out of bed. Goodness seems futile in the face of so much horror. Our words and actions seem too small, our lives too fleeting, our creations forgettable.

But what I can tell you is that every day I’ve felt that way over the last year (and there have been a LOT of those days), it’s been art that’s saved me from drowning in despair. A film, a song, an episode of a TV show, a tweet, a photograph, or a joke. When we’re bombarded with messages that we are different, and disparate, and at odds, these are the things which remind us that we’re not, and make instant friends of strangers.

I may not have finished my book, for the third year running. I may not have made good on my promises to make more time for this and that. I’ve probably been just as terrible at keeping in touch this year as I have been every year before. But you know what? I’m not going to beat myself up about it come December 31st. I’m going to look back on the bleak days when I wanted nothing more than to hibernate forever, and remember how I was lifted by an experience, and finished those days more determined than ever to make something lovely.

A few weeks ago, I saw Lazurus, Bowie’s final project, and a collaboration with another hero of mine, playwright Enda Walsh. The musical is a sad and beautiful meditation on alienation and loneliness, illustrated by Bowie’s iconic lyrics and melodies. Its characters – like so many of Walsh’s – construct fantasy worlds to escape solitude and grief. After two hours of watching the brilliant Michael C. Hall channel the man himself, this last communication from a true artist who has become star stuff once more, had me in floods of tears. So much had happened between hearing of Bowie’s passing and seeing his swan song – some wonderful things and some horrendous. But one thing was clear to me. Stories are everything. Whether they’re uplifting or tragic, we are all stories, and stories are all we are. Stories can help us find our way back when we are lost. Long after we’re dust again, we can live on in words and recollections and the things we’ve made.

I am one person. I know I’ll probably never create anything as life-changing as Bowie or Walsh. But the idea that something I’ve written might one day be the reason someone smiles or cries or gets out of bed when it was the last thing they wanted to do is a pretty compelling reason to keep making stuff. But we can’t bury our heads either, as tempting as it might be sometimes.

2016 was a year. A year is just an arbitrary unit, a way of measuring a life. Time isn’t evil. It’s indifferent. It’s up to us to make our stay on this planet count. So for now, take stock. Eat. Drink. Cuddle your loved ones. Pause and think and be kind to yourselves. Light candles. Read books. Pile on blankets. Go for walks. Write down your dreams. Rage. Cry. Breathe. Recharge.

Then let’s turn the page and do everything in  our power to be lights in a dark world. We’ve got a lot of work to do…

This entry was posted in Uncategorized. Bookmark the permalink.